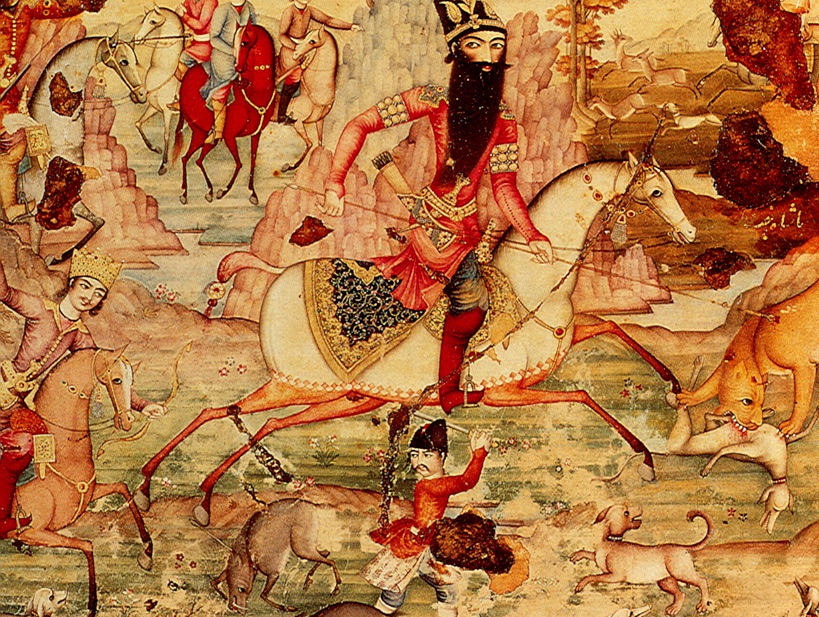 Long ago and far away, in the area historically known as “The Levant” (portions of the Eastern Mediterranean coast including Cyprus, Greece, Lebanon, Syria, Palestine, Israel, Turkey, Egypt, Jordan and Libya), lands of strong sunlight, the henna plant flourished. (And still does.) The cultures of The Levant used henna for decoration of humans and animals (horses and other equids, cows, etc) at times of celebration, marriage, celebration of their deities, and to indicate high status in general, and also for medicinal purposes.

Henna from different locations can vary in shade and also from strength used, from yellows to oranges to reds. For decoration, horses could have their manes and tails painted as well as their bodies. Although henna wears off of the skin, it stains hair permanently until the next shedding and hair coat growth season. Henna is also considered to strengthen skin and hair. It makes the tail glossy and beautiful and since the hairs are stronger, the tail grows longer. The most prestigious horses, such as those of the highest ruler in the land, for instance a Shah or Raja, would have very intricate designs painted artistically on his horse’s coats. The highly decorative use of henna might also mean that the horse was being used in a special ceremony, such the groom’s horse which he rode to the bride’s house on the day of their wedding, like this lucky fellow above. Albino, dilute, double-dilute or other light-colored horses (who would be likely to have pink skin) would be hennaed from their midline all around the body, and all the way down to his hooves. This kept the sun’s glare reflected upward from sandy soils from burning his legs and underbelly, and would also hopefully help to prevent skin cancer such as the squamous cell carcinoma that pink-skinned horses can be prone to. The lower part of the tail was often dyed because often the white tail of a horse gets dirty and doesn’t look pretty! The mane might be dyed with different henna shades, the top half braided and the bottom of the braids left to flow free like multicolored tassels. I want what they’re having (and I want their groom to come do my horse’s mane)! The ancients also used henna medicinally, believing that is an anti-inflammatory, an anti-fungual to a great extent, and also an anti-bacterial to some degree. As a fungicide, it is thought to be very effective on ringworm. Henna also strengthens the hoof itself as well as preventing hoof diseases such as thrush that might be troublesome in periods of wet weather. Since henna is  antibacterial, this is another reason they painted the warhorse with henna before going into battle…his skin would already be penetrated with an antibacterial and this was intended to help prevent infections from battle or hunting accident wounds. (See the feature photo.) Henna is an analgesic (painkiller) and also helps combat edema, or water retention, in the legs.

“Henna is still used occasionally for embellishing horses’ legs and sometimes their manes. The mane and tails of horses, donkeys, and mules were hennaed in Shiraz during the Nowruz until a few decades ago. As attested by Chardin (III, pp. 371-72), this adornment was current in 17th-century Persia. It was customary, especially in winter, to henna the legs as well as the whole length of the horses’ bodies up to the chest and, sometimes, the heads. “Though it is said that this protects [horses] against the cold, this is rather by way of adornment, for it is practiced in various places and in all seasons. As a [mark of] distinction for the king’s horses, a lace pattern with large teeth and with fleurons is painted [with henna] on the bodies” (on hennaing horses’ manes and tails in 19th-century China and the Indian subcontinent, see Balfour, s.v. henna and Platts, s.v. meṅhdī)

“On moistening the dried leaves, a slight odor is perceptive; their taste is bitter and faintly aromatic; they contain a red coloring matter, an essential oil, and tannin. A medicament prepared from them is employed by the Arabs in the treatment of  wounds of all kinds, causing the skin to grow over and healing them very quickly. These effects are probably due to some exciting action of the essential oil, and to the astringent properties of the tannin. They use this remedy principally on horses, to heal wounds or sores caused by friction of the harness, or otherwise on a journey. Having stopped for a rest and unsaddled, they will apply a plaister of it and continue their march without taking more thought of the wound, which, if it does not extend and causes less suffering to the horse. They also employ it as a means of preventing the opening of old wounds, where the hair has not grown over the scar; it closes up and hardens the tissues–in fact, tans the skin.”

“For similar reasons, the Arabs who can afford to indulge in the sport of gazelle hunting will give their horses a foot-bath of henna, especially if the animals are your, or have not taken great exercise for some time…it may render the hooves less tender.”

Oh, that was then and this is now? Take a look at this study undertaken by three veterinarians at the Al-Qadisyia University, and published by the Journal of Kerbala University, Vol. 13, No. 1 Scientific. 2015; “The effect of Henna (Lawsonia inermis) on the wound healing of Local Arabian Horses”:
https://www.iasj.net/iasj?func=fulltext&aId=100457
Just saying. 😉